Sam Smith was the musical guest on "Saturday Night Live" this week, and his performance floored me. His style is not the sort of thing I usually like, but his singing was so stunningly flawless that I watched in rapt amazement. It almost instantly reminded me of when  Adele appeared on SNL in 2008. The similarities are amazing. They are both from England, both became stars there before coming to the U.S., both were on SNL in the same year that their first album was issued (Sam's is coming in late May), both are technically gifted singers in a pop style with some  jazzy influences, and both showed a personality marked by shy self-effacement on their SNL appearances. Further, I hadn't heard of either when they appeared, and yet I instantly knew both were bound for stardom. (Sam won't let me down.) In short, Sam Smith is the male version of Adele. 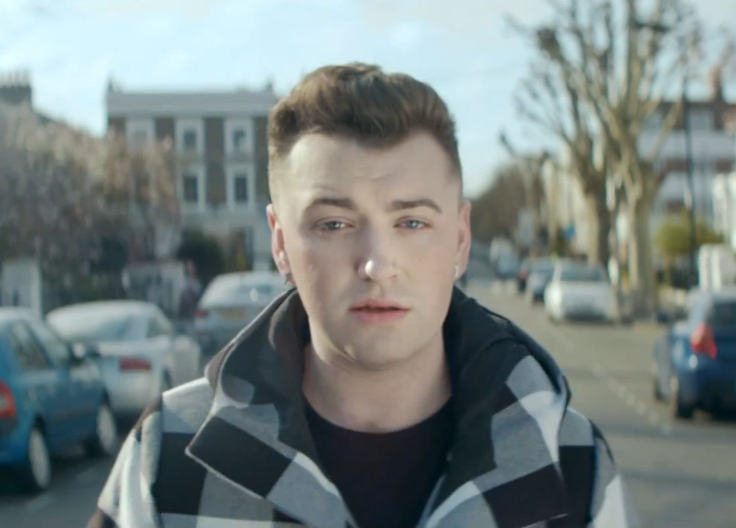 There was something about Sam that seemed vaguely gay to me. I was so taken with him that I wanted to mention him here on the blog, but I figured I should find out first if he could indeed be gay.  That would give me a reason for mentioning him. Then it hit me:  it doesn't matter to me in the slightest whether he's gay or not. My feelings about him WOULD NOT CHANGE if I discovered that he did indeed share my orientation. That wasn't a philsophical or intellectual determination. It was my baseline emotional reaction.

That certainly puts me at odds with huge numbers of gay people, and certainly most of those who post at TheBacklot. If Sam Smith turned out to be gay he'd have a legion of gay fans who wouldn't be fans if he were straight. That does not make any sense to me. Don't get me wrong. I UNDERSTAND why gay people would become fans simply because he were gay himself. But that sort of reaction is foreign to me personally. And you know what?  It feels really liberating to me. I'm not "trapped" into reacting in certain ways because I'm gay, I'm not obligated to be a fan of a singer or actor because he's gay, in the classic "new millennial" phraseology I'm not defined or circumscribed by my sexuality.

On a philosophical basis I feel connected to people because they are human, not because they are gay. Therefore, I like Sam Smith because he's a great singer whose pristine vocal beauty touches me and impresses me and leaves my jaw agape in wonder. How sad if that HUMAN reaction is muted OR accentuated by his sexuality.

My initial plan - after I realized these instincts and reactions - was to intentionally not even look into the issue of whether Sam might be gay. But I ultimately couldn't resist. It was like one night awhile back when I suddenly got an urge to eat Pepperidge Farm chocolate chip cookies. I kept telling myself I shouldn't do it. But the urge kept gnawing at me, and so at 11:30 at night I went out into the snow and drove to the grocery store. I did the same thing with Sam Smith's sexuality. Does that make me a hypocrite? I don't think so, but if you want to think that I understand.

Well, I was happy to discover that at the moment Sam's sexuality isn't public. This quote from "JoeMyGod" sums it up well:  Sam "has done lots of gay press in Britain, but so far has left fans to speculate about his sexuality." And no, that doesn't mean he's gay. And it doesn't mean he's not. That's the sort of attitude young British guys seem to take more often these days. Either way I utterly don't care. And I personally hope Sam keeps us in the dark for awhile.

You can watch both of his performances here.

Reply Dennis Stone
9:53 PM on July 22, 2014
Ulysses - I'm glad we had the discussion we had at Salut about this issue. I totally understand where you're coming from, though my own perspective is different. Though I suppose there is just a tad bit of added ?.attraction?.appreciation?.identification?.now that he's come out as gay. But as I was researching it back when I wrote this piece it suddenly seemed so pointless. He's a terrific, moving singer of jaw-dropping perfection, no matter who he sleeps with or is attracted to. But I do understand your feeling about it, and I thank you for making that so clear to me when we talked.

Ulysses Dietz says...
Gay people have always embraced talent because it was talent--not because it was gay. Think of the great "gay icons..." all straight. Elton John was no gay icon until he came out...so he basks in retroactive glory. I loved Sam Smith's voice from the very first time I heard it--who cannot hear that voice and be moved? But the fact that he's gay matters a lot to me. You know me, Dennis, and we'll agree to disagree on this, because I know what a great guy you are. But I"m not totally reactive--Jake Shears, Scissor Sisters...just can't get into them, as much as I admire them and think he's dreamy. I can admire a talent without loving their music "just because they're gay."

Reply Ulysses Dietz
6:28 AM on July 22, 2014
Gay people have always embraced talent because it was talent--not because it was gay. Think of the great "gay icons..." all straight. Elton John was no gay icon until he came out...so he basks in retroactive glory. I loved Sam Smith's voice from the very first time I heard it--who cannot hear that voice and be moved? But the fact that he's gay matters a lot to me. You know me, Dennis, and we'll agree to disagree on this, because I know what a great guy you are. But I"m not totally reactive--Jake Shears, Scissor Sisters...just can't get into them, as much as I admire them and think he's dreamy. I can admire a talent without loving their music "just because they're gay."

Reply Hue-Man
11:39 PM on April 2, 2014
Similar thoughts were going through my head today as I was reading about Jason Collins and the Brooklyn Nets. I have attended a half dozen basketball games and watched even fewer on TV. I've known a handful of professional athletes and Olympians but can't say that I understand everyting about them. How, then, should I react to stories about out gay athletes?
The point I reached was to treat them as I do a similar "tribe" - the ethnic group which accounts for 1/2 of my genetic make-up. I've only visited the country once, don't speak the language other than a few words but cheer on the country and its people. I'll pay attention if there are stories about the country and its prominent citizens.
As for singers, this was probably the first time this year I bothered listening to one of SNL's musical guests. Music is definitely a matter of personal taste and SNL did Sam Smith no favors in how he was presented (hint: less is more). I didn't do any research on him or his sexuality - the promotion machine will either make him a household name or his 15 seconds ended before midnight Sunday.
I can't say "I utterly don't care" about gay celebs - until society becomes blind to sexuality I'll silently cheer our tribe-members' successes, groan when they're arrested for cocaine possession, and sigh in relief when they kick their meth addiction.