The verdict came in just after 5:00 P.M. on May 21, 1979. People started to gather throughout the Castro, disbelief and rage slowly building. Soon there was a crowd of 500. Young Cleve Jones, one of Harvey’s close friends, addressed the crowd, verifying that Dan White had indeed been found guilty of voluntary manslaughter rather than first degree murder. He had killed two people in cold blood, goddammit, pumping two bullets into each of their heads, execution style. Voluntary manslaughter! Fuck the court, fuck the system. This cannot stand!

Down Castro street the people marched, the anger continuing to build as reinforcements joined from the bars the crowd passed. “Out of the bars and into the streets!” was the chant. The crowd circled the neighborhood, growing by the minute, now 1500 strong. From somewhere appeared “Avenge Harvey Milk” signs. City Hall became the destination, yells of rage commingling with chants of “Harvey dies, Dan White lies!” as the beast roared down Market St. toward City Hall.

At City Hall the crowd merged with another large group from the Polk neighborhood, and with others already at the site. Soon there were 5000 angry queers massed in front of the building, chanting, yelling. “Kill Dan White! Kill Dan White!” A small group of police stood off to the side, unsure of what to do, their cars lined up on the other end of the block. 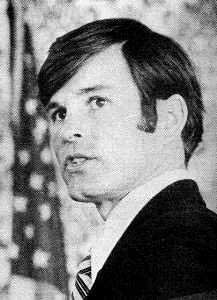 The crowd surged forward toward the building. Ornamental grillwork was ripped from the doors, windows were smashed. A group of Harvey’s friends and associates, including his former lover Scott Smith, locked arms and tried to keep the mob at bay as best they could. The building was not the enemy, city government was not the enemy. Harvey had been part of city government. But the rage was too much for some. It had to be vented on something.

Eventually the police moved in. Dan White had been one of them, and they had raised large sums for his defense. The night sticks came out, the fury of the crowd now matched with the fury of the police. They pushed the crowd back with tear gas and brute force, but the crowd fought back, using rocks, tree branches, anything they could get their hands on. They were ambivalent about city hall, but not about the police. The police were the enemy, and had been for years, raiding bars, harassing and arresting people.

Someone broke the window of a police car, and started a fire in the upholstery. The fuel tank exploded with a huge boom. One by one all the police cars were burned, the flames illuminating the night. Parts of the crowd retreated to other areas, rioting as they went, breaking store and car windows. A lifetime of pent up rage was being loosed in one night. 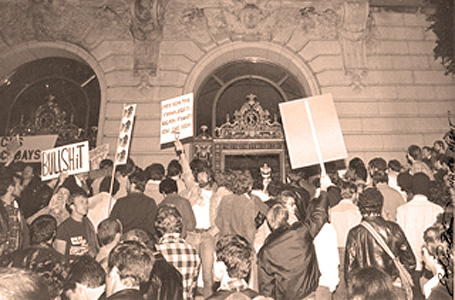 Photo:  copyright by Jery Pritikin/Chicago.  My personal thanks to Mr. Pritikin for allowing me to use his photo. His photography of the period added immeasurably to our understanding of how events transpired and how the movement grew.

The police broke off their attack, and people drifted back to the Castro, where they milled about, still angry, still ready to fight. Shortly after midnight dozens of police arrived on the scene. They were angry and wanted revenge. They covered their badge numbers with black tape and attacked, beating whomever they could catch. For nearly two hours they raged through the neighborhood. They stormed into the prominent “Elephant Walk” bar, hurling epithets, beating patrons, destroying the bar’s large windows.

When it was over there was close to a million dollars in property damage, and about 100 rioters were hospitalized. However, the gays gave almost as good as they got, with over 60 police officers also hospitalized.

The very next day was Harvey Milk’s birthday. A rally had been previously planned and a permit obtained. The city considered revoking the permit, but after the reaction of the night before they didn’t dare. Tensions were high as 20,000 people gathered in the Castro and Market St. area. The night started off as a rally, but eventually morphed into a celebration of Harvey Milk’s life, with dancing and singing and fond remembrances of Harvey’s life and what he had accomplished in his tragically short political career. 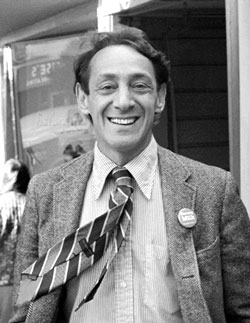 The White Night Riots were the West Coast version of the Stonewall riots, and in my opinion were just as important. An entire community fought back against injustice, stood up to the police, and showed they were a force to be seriously considered. The gay community helped elect temporary mayor Dianne Feinstein to a full term that November. She promised to appoint gays to government positions, a promise she fulfilled. The police department also began to change, and a year later about 15% of new recruits were gay.

The riots seemed to signal a change in gay action nationally as well. Later that year, in November of 1979, about 100,000 people marched on Washington to support gay rights. The movement had taken off.

(Postscript. Here is some basic information for readers not familiar with the underlying story.

Harvey Milk was elected a city supervisor in San Francisco in 1977, the first openly gay person elected to public office in California, and one of the first in the country. Dan White, a former police officer, was a fellow supervisor. White quit in November 1978, but then wanted his job back. The day after Mayor George Moscone decided to appoint someone else, White entered City Hall through a basement window, went to Moscone’s office, where he killed him, then went to Milk’s office and killed him.

It seemed a clear case of first degree murder, but the conviction for voluntary manslaughter was due partly to a very traditional jury – white, religious, working class – that somehow seemed to sympathize with White. White’s defense team notoriously used the “Twinkie defense,” claiming that his excessive eating of junk foods had helped deepen the depression that led to the murders.

Dan White served five of the seven years of his sentence before being released. Two years later he committed suicide by carbon monoxide, running a hose from the exhaust to the interior of his car.)

Reply Dennis Stone
10:59 PM on September 19, 2013
I knew that the defense hadn't claimed that junk food caused the depression, contrary to common belief. Note my crafty sentence, that the junk food had helped deepen the depression, meaning that the depression was pre-existing. It's correct that the main argument was that eating junk food was a symptom of the depression, along with other behavioral changes. (White had been a bit of a health food nut previously.) However, psychiatrist Martin Blinder did testify that eating excessive junk food could cause emotional issues to get worse, and today that's pretty much accepted as true. I thought about going into the whole issue since people commonly misunderstand what happened, but the article was already long (as mine tend to be), and I decided to soft shoe it. In retrospect, because of the common misperception I probably should have just mentioned the name "twinkie defense" and then referred to junk food as a symptom and left it at that. And yes, twinkies weren't mentioned in court.

John says...
To clarify one point: Dan White's lawyers never asserted that eating junk food led to or deepened White's depression. Rather, they claimed that his increased consumption of junk food (when he was normally very health conscious) was a symptom of his existing depression, one of several symptoms the defense mentioned. Twinkies were never mentioned in court.

Reply John
5:17 PM on September 19, 2013
To clarify one point: Dan White's lawyers never asserted that eating junk food led to or deepened White's depression. Rather, they claimed that his increased consumption of junk food (when he was normally very health conscious) was a symptom of his existing depression, one of several symptoms the defense mentioned. Twinkies were never mentioned in court.

Reply Cole
1:15 PM on September 19, 2013
Thanks for this, Dennis. In the end, Dan White's own demons weren't convinced by the "Twinky Defense." If this same defense had been used by a woman to explain her killing a male coworker or a discharged teacher killing the principal, these police officers would have been outraged at a bad guy cheating the system. So much more tolerant of the defense when it is used by "one of their own" to explain killing what, to them and the jury, was basically one and a half people.

The story of Harvey Milk should be in every American history book.

Reply Ulysses Dietz
6:19 AM on September 19, 2013
Although we were far away in Delaware, still in our early 20s, the upset and anger over the "twinky decision" was huge in our world. Thanks for covering this... none of our generation will ever forget Harvey Milk, our MLKJr...