Gay History Lesson - The Sinking Of the Titanic

The sinking of the Titanic has always held a fascination for me. The story has it all. The massive loss of life, including many famous and/or fabulously wealthy people. The hubris of “the ship that couldn’t sink”, with lifeboats for less than half of the passengers. The band playing until almost the very end. The “unsinkable” Molly Brown, a millionairess. The cultural disparity between the wealthy first class passengers and the steerage passengers. The rumors of one or more male passengers boarding a lifeboat by dressing as a woman. The passenger ship anchored just miles away that fatally ignored the Titanic’s flares. The wife of Macy’s owner Isidor Strauss refusing to leave him for a lifeboat. Leo Dicaprio and Kate Winslet living an entire romantic life in a day. And on and on.

One of the famous first class passengers who died that night was most likely gay, and a second very possibly was, according to extensive research done by historian James Gifford. Painter Frank Millett had been in a romantic relationship with the writer Charles Warren Stoddard in Venice in 1875. Stoddard was a rarity of the time in that he was strictly gay. Millett was more conventional in that his sexuality was expressed in a more fluid manner. He had intense relationships with men, but ultimately married. As historian Jonathan Katz puts it, at that time the “hetero/homo division had not yet been invented.” 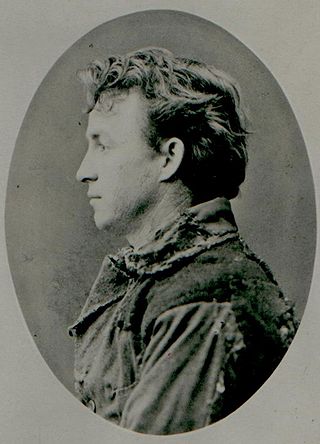 The writings of Stoddard leave no doubt of his “appreciation” of men, or of his relationship with Millett. Millett’s letters to Stoddard, recently published by Outhistory.org, show that the feelings were entirely mutual. They met at the opera in Venice in late 1874, and Millett immediately invited Stoddard to stay with him. His letters make it clear that they shared a bed. Katz again: “Lack of space did not explain this bed sharing, and Stoddard's earlier and later sexual liaisons with men, his written essays and memoirs, and Millet's letters to Stoddard, provide good evidence that their intimacy found active affectionate and erotic expressIon.”

Stoddard eventually left Millett, and Millett’s letters indicate that he was devastated by the breakup. Eight months after he knew that Stoddard would not “settle down” with him he began talking about his upcoming marriage to a woman. Though once married, he spent much of his time living alone, including for awhile as a boarder in the house of Archibald Butt. 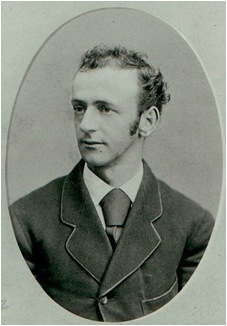 Archibald Butt (what a terrific name!) was a well known and influential military aide to two presidents, Theodore Roosevelt and William Howard Taft. Historian Gifford did an exhaustive study of his life, and came to the conclusion that it was likely he was gay, though it could not be proven. Butt was a lifelong bachelor, and Gifford describes him as “camp”, a “dandy”, “impeccably dressed”, having an interest in antiques, etc. Gifford concedes none of those things proves anything, but when all his research is taken into account his conclusion is that Butt had at least some level of sexual interest in men. Katz suggests he may have been a “repressed homosexual.”

It’s interesting to note that Butt rented rooms to a multitude of single men over the years. Frank Millett also rented from him for awhile, and the two became close friends. It was a letter from Millett to President Taft that convinced Taft that Butt, run down from job stress and a persistent stomach illness, needed a vacation. In March of 1912 they sailed to Europe, sharing a stateroom. In early April they boarded the Titanic, this time with separate rooms. 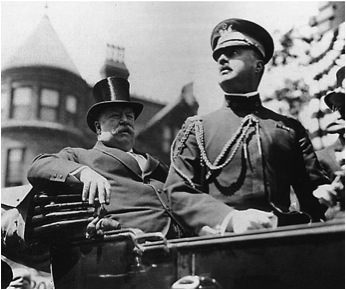 Gifford could find no indication that the two men were lovers, but they did seem to have a close friendship. An article in the Washington Times a week after the sinking said this: “Major Butt thought highly of Millet, and the latter of him. On the older man Major Butt leaned for advice and took it, and the two men shared a sympathy of mind which was most unusual. None could help admiring either man.” Another article said this: “No Damon and Pythias friendship could have been closer than the friendship of Major Butt and Millet.” In some quarters “Damon and Pythias” was a code phrase for a gay relationship.

I was interested in all things Titanic long before James Cameron’s movie came out. And now that I know about Frank Millett and Archibald Butt the story has an even greater resonance for me.

Reply Cole
2:27 PM on August 22, 2013
When I was a kid and the Titanic was still lost, people used to talk about it lying at the bottom of the ocean with the tables still set for breakfast the next morning and the beds still made. Many people (myself included, but my age was in the single and very low double digits) seemed to think that it would be perfectly preserved. My fundamentalist preacher said that it would never be found because it had been scooped up by the hand of God as punishment for hubris. Even now, I am embarrassed to say that I am a complete sucker for anything connected to the name Titanic. I've always thought about those passengers and crew, going down into the night, and I have imagined that there must have been some same sex couples quietly mixed in with the lot. Now I have some names to place on my imaginings. How horrible to know that you are both about to perish like that, but hopefully they were a comfort to each other. (Yeah, I did read in Dennis' article that they were probably not a couple, but I may be rewriting history a bit in my head. )

Reply Hue-Man
2:23 AM on August 22, 2013
In 2011, Hello Sailor! "The Maritime Museum of the Atlantic is the first museum in North America to explore the lives of gay and lesbian mariners in this special exhibit." The Merseyside Maritime Museum (Liverpool) now houses the permanent exhibit, without the Canadian history included in the Nova Scotia exhibit. wwwliverpoolmuseums org uk/maritime/visit/floor-plan/gaylife/index.aspx (fill in the missing periods). Looking for the Hello Sailor! link, I noticed this on their homepage: Titanic and Liverpool: the untold story (on display to the end of 2013).
Nova Scotia link from 2011: museum gov ns ca/mmanew/en/home/whattoseedo/hellosailor.aspx

I've always found the story of the Titanic very interesting. This makes it moreso.

And I share your giggles over Archibald's last name