How I Knew Things Were Really Changing (It's the Hugs!)

There were certain things people of my generation grew up experiencing, being children of the 1950s and 1960s. Mostly, it was a social pressure to be homogenous, to fit in - to not be too terribly different. Gays were a special class of outcasts in that era. In the early part of the '60s, for example, homosexuality wasn't even talked about in polite company. Being gay was considered a breach of that homogenous decorum, a failure to be normal and be just like everybody else. We didn't fit that era's conventional view of a man, to be sure.

That era, and most previous to it, had a certain vision of masculinity and it was well represented in entertainment media. We had the hardened soldier and cowboy John Wayne, a real straight-shooter in "The Lone Ranger", skirt-chasing playboys, and some prominent rock stars singing the virtues of free love. Men could be strong and silent or loud and brash. They could be hyper-responsible or reckless, faithful or "get around." But they couldn't express platonic friendship in any physical way and certainly couldn't express a more intimate love for another man. Proper men shook hands, occasionally slapped each other on the back, but seldom showed any physical contact other than that. If one attempted anything more he was immediately thought of as an odd and possibly dangerous character, and more likely than not labeled a "queer." 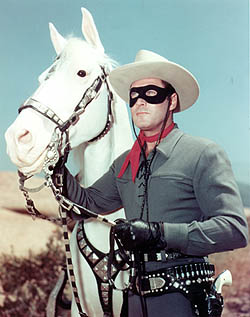 Things started to change a little bit in the 1970s. While the same "manly men" mentality was expressed in the public world, men were softening ever-so-slightly regarding physical contact. Handshakes changed to be just a touch more intimate (the "bro" handshake). Men began to take on a more androgynous appearance by wearing their hair longer and dressing far differently than their fathers. The gay rights movement had gained a bit of momentum, and while we didn't enjoy wide public acceptance, people were paying attention. Attitudes toward us were softening, a side effect of the new and different morality that came out of the social unrest of the 1960s, extending into the early 1970s. While the majority of LGBT people were still living discreetly, there actually were people who were out and proud gay! Pride parades, festivals and flags started to appear.

The 1980s didn't see much difference in the way that men interacted until later in the decade. Any accrued good will that the LGBT movement had gained in the 1970s rapidly went away with the onslaught of HIV/AIDS. Once again, we were stigmatized, this time for a real physical disease in addition to the more nebulous "moral objections." In 1988, Elton John came out as gay, a big-name and popular performer who made a connection with people. Now the pendulum was beginning to swing back the other way; men were a little less rigid with each other and younger people especially were a tiny bit more free to express their emotions. Progress in HIV/AIDS research began to bear fruit toward the end of the decade and people were beginning to understand that HIV was not confined to the gay population. It wasn't solely our problem, it was everyone's problem. 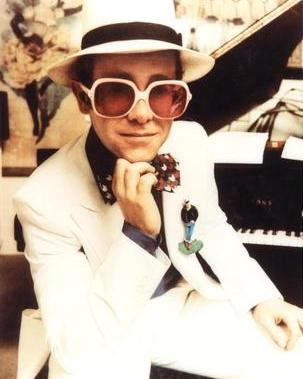 The 1990s brought us more progress in the fight against HIV/AIDS and another generation coming of age. Media began to treat us differently, with shows like "Ellen" appearing in 1994 and "Will and Grace" appearing in 1998. These TV shows, in addition to the previous decade having seen a popular music performer come out as gay, had an effect on the world - we were beginning to be seen as people rather than caricatures. Men now were beginning to see the world of male interaction differently. Male musicians were pouring their hearts out in alternative and emo rock songs in a loud, urgent voice.

In the earlier part of the 2000s, perhaps even a bit earlier, we also saw a further change in straight men. They were beginning to be more concerned about their appearance, and the term "metrosexual" (a completely ridiculous word) was coined. The term "male bonding" was coming into usage. It was about this time that I also started to see a noticeable change in male friendship behavior, along with the beginning of a shift in popular opinion toward the LGBT part of America. It was a breaking of the old view of what a man was like and how men interacted. This one indicator convinced me that male interaction was different in the new millennium.

It was the hugs.

People, both gay and straight, started hugging like never before. It was especially noticeable among younger folks - I think they were the ones who started it all. It became an accepted part of not only youthful interaction, but of males of all ages and it doesn't seem to be going away.

I especially noticed it in friends of mine who are of the "millennial generation." I even saw it among my friends who are not of that generation but older, raised in times when men making emotional displays was discouraged. Hugging, it turns out, is contagious.

It seems that a lot of straight guys don't have as much of a problem with expressing their affection as they used to. There is less of a pressure to meet a masculine standard that involves stoicism and an unwritten "no touching" rule. Men were no longer held to the old behavioral conventions - they were embracing new ones. It was OK to hug. It was OK to tell a guy that you love him. And it was OK if one of your friends was gay.

Consider the pop band "One Direction". While we assume that they are straight (they haven't said otherwise), they have absolutely no problem with casual physical intimacy among themselves - the kind that used to be reserved for gay men in comfortable surroundings. They are often seen hugging, casually draping their arms across one another and generally behaving in what a lot of people would call a homoerotic manner. While they may be doing it to get a reaction from their mostly teen girl audience (which is positive, by the way), it's clear that they are perfectly comfortable being physically close. Their attitude seems to be "Who cares if anyone thinks that we're gay? It doesn't matter to us." 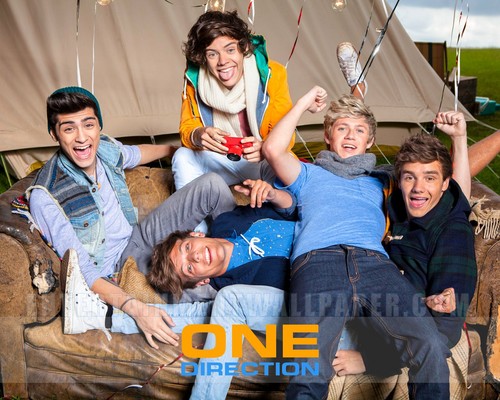 I think that this is an indicator of how the majority of people are beginning to view LGBT people. Gay isn't icky to most younger modern men, just a trait like hair or eye color. We're no longer so very different. Giving a good hug to another man will not make you gay and if a guy is gay, so what?

A good hug just makes everyone feel good. Gay or straight, it makes no difference.

Reply CATHY CRONIN
3:57 PM on July 6, 2013
Well, this was nice, Andy! I wasn't expecting another piece from you so soon after the Stonewall series ;-) I know I'm a girl, supposedly used to lots of contact, but actually, having grown up in the same era as you, I too was unused to a lot of physical displays of affection. I remember being upset over some guy at a bar, & my best girlfriend at the time, was comforting me --- she hugged me, & I was all stiff & not knowing how to react! But, being a little drunk, I did return the hug, & later thinking it over, it hit me --- we weren't a very huggy/touchy family, so I didn't realize until then how much I'd missed that! A few years later when I was in Bangladesh, I got very comfortable doing a lot of hugging --- mainly because all the expats around me were European, or from down-under! I'm now a big-time hugger ;-) Ha ha!!